Best Disney Proposal Ever?… So I’ve been told! 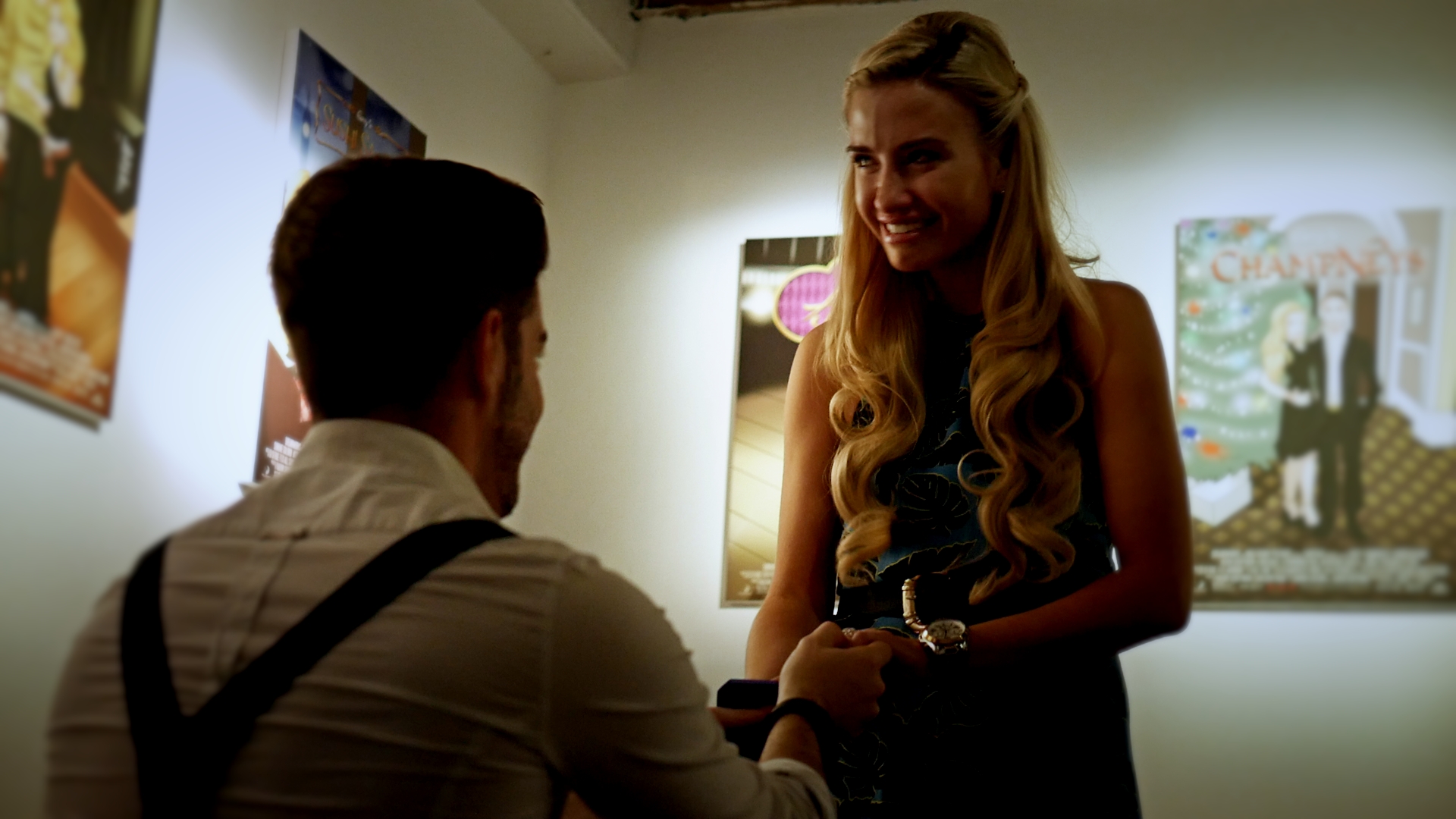 Anyone who knows me, knows I was never going to propose in a generic way.

As an Art Director in advertising, I treated my proposal like a creative brief.

“Let’s watch a Disney” is the go to phrase whenever Simone is upset or homesick. She loves everything Disney and I don’t think she’ll ever grow out of it. Which is why I knew I could surprise her using Disney as a smokescreen.

I created a plausible story where Simone believed she was invited to an exclusive Disney exhibition, along with my sister, as a guest of my sister’s fiance’s record label.

Using actual Disney prints in the main gallery, with excerpts about each piece, I knew I could make the exhibition seem genuine. Throw in some actors walking around, a photographer, and some waiters serving champagne, and the believability was amplified. 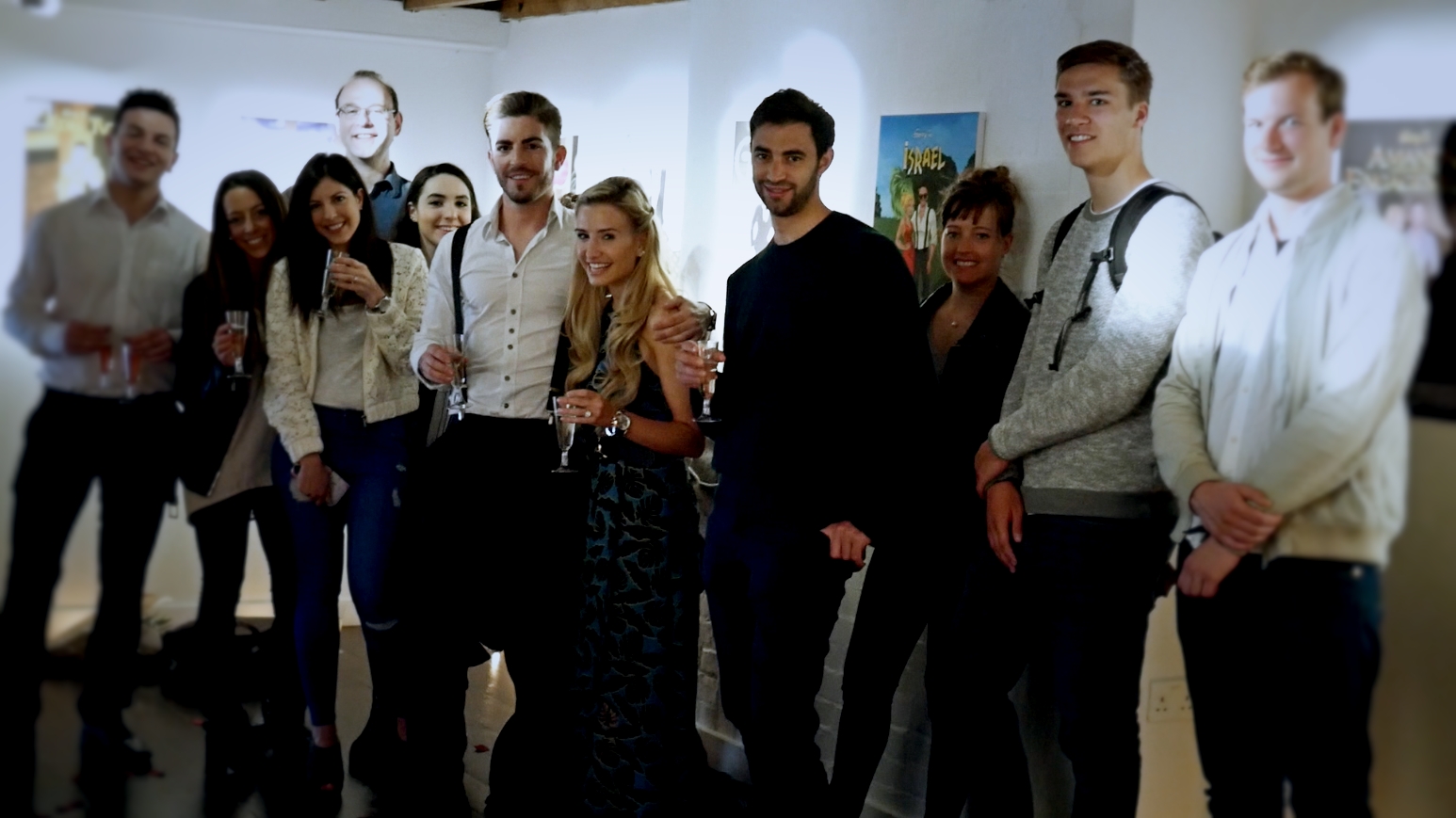 I wanted the proposal itself to be special, so the downstairs was sectioned off with a rope. At the bottom of the stairs was a room filled with what Simone thought was one off prints. What she actually found were milestone pictures from our relationship reimagined in Disney form. 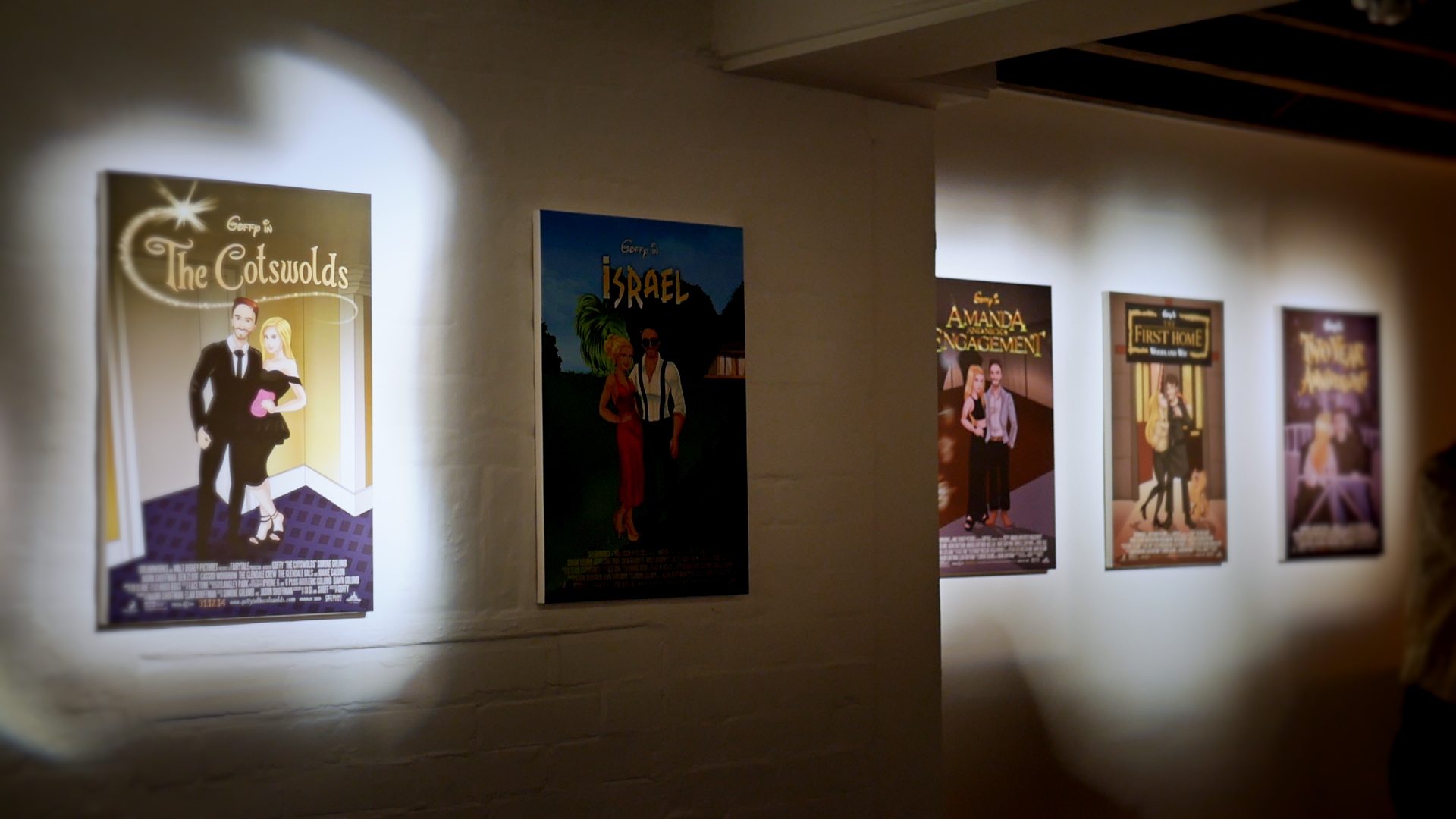 Each piece was about the attention to detail, from the Disney fonts, to the outfits to the names and dates of when each event took place. I even put the date of when we first got together along with the proposal date on the barcode of the fake tickets I made, which were sent to her. It’s these little touches that make all the difference. 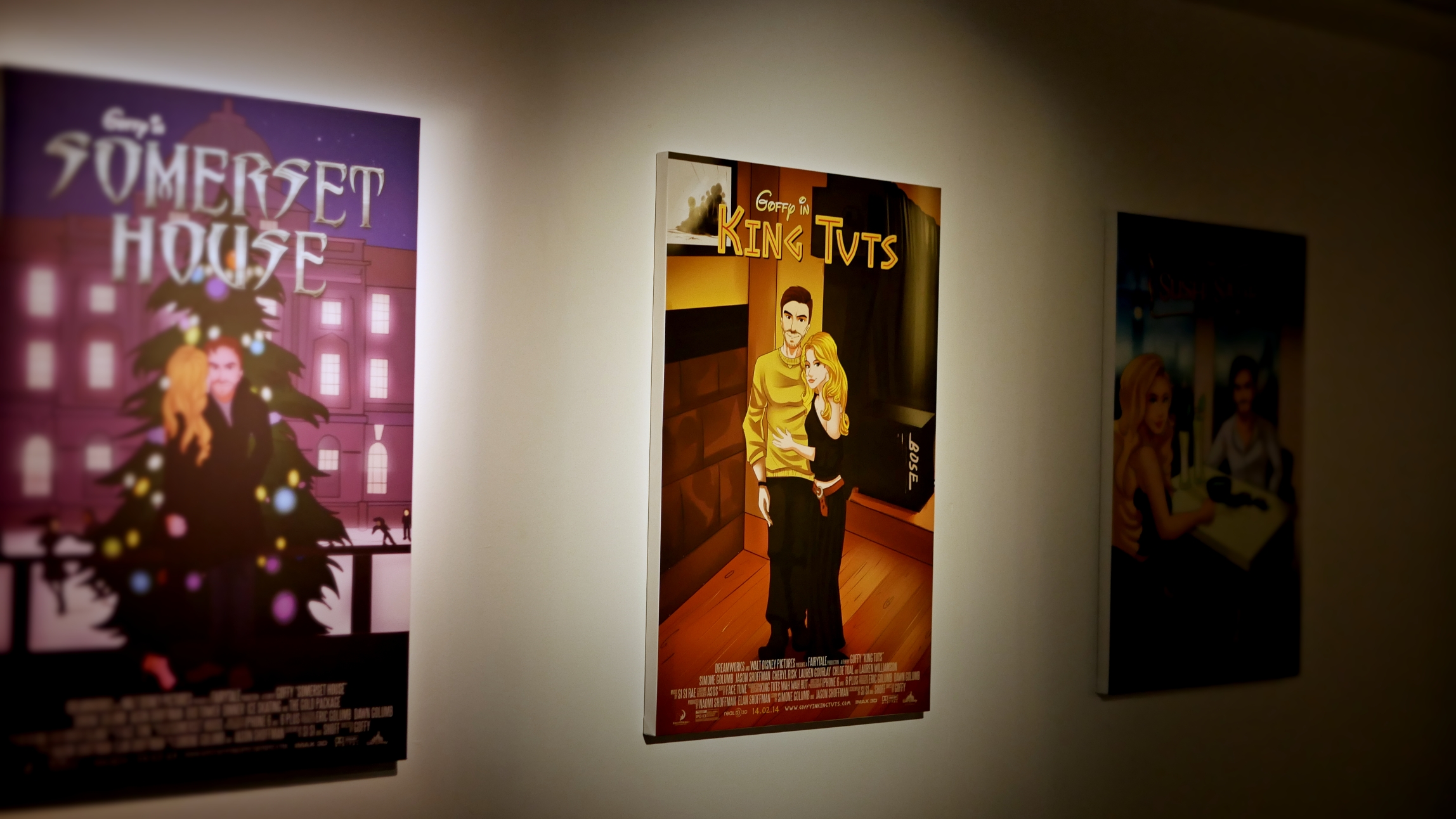 In the lead up to the proposal my mother had set up a fake whatsapp group asking everyone round for afternoon tea on the date of the proposal. But it was actually a lunch which I had flown Simone’s mother and father down from Glasgow for, to give her one last surprise after I had asked her to marry me. So when they came out from hiding at my mother’s house, the waterworks opened again.

Simone is difficult to surprise, so that was half the job, but it’s the reactions of the ones you love that are ingrained in your memories. And this proposal is a memory I know we will never forget! 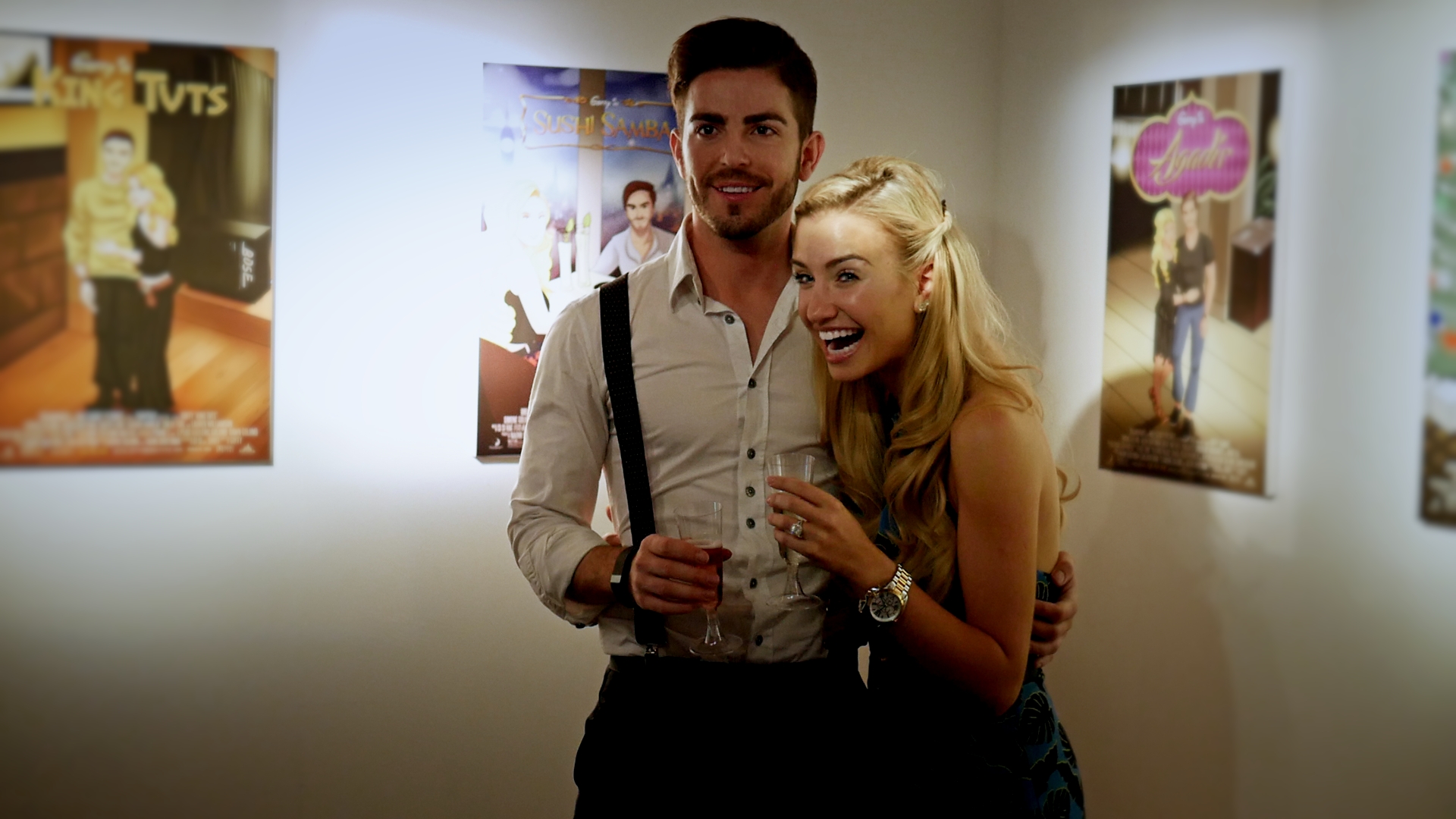 Next
Back in business…cards
Cancel Reply