Every ad is a Tide ad 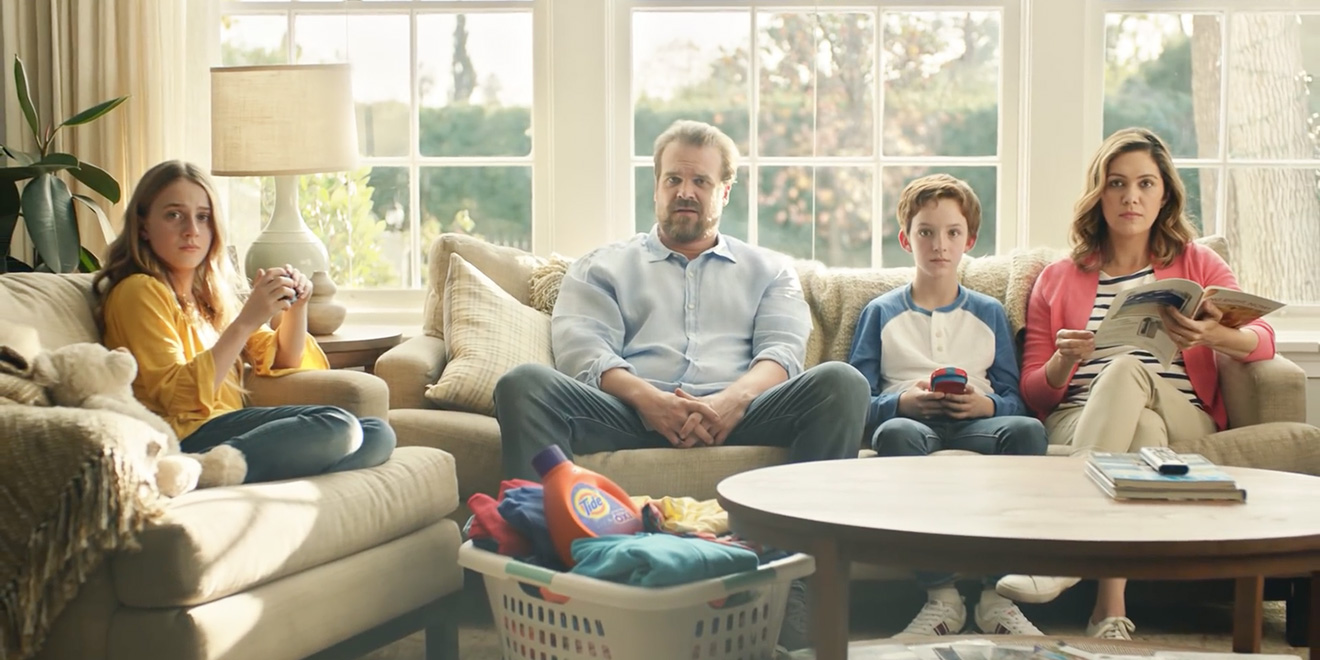 While other brands, like Old Spice and Mr. Clean, showed up throughout the game, it was all part of Tide’s master plan, because no matter which “product” was being advertised, the people singing (and dancing) its praises were wearing the cleanest and freshest clothes imaginable, leading viewers to only one conclusion: every ad is a Tide ad.

To let the audience know what they were up to, Tide partnered with actor David Harbour, who starred in a 45-second spot which aired during the first quarter of the game. Harbour acted out a variety of generic ads for automobiles, beer, perfume, etc. before asking a simple and obvious question: so does this make every Super Bowl ad a Tide ad?

David Harbour returned six more times throughout the game to remind America that Tide was responsible for all the joy, laughter, tears and remarkably clean clothes they were enjoying during the commercial breaks.

Leading up to the game, Tide released a series of video shorts starring Harbour alongside NFL Hall of Famer — and last year’s Tide Super Bowl ad star — Terry Bradshaw. The hilarious videos served as a continuation of last year’s #BradshawStain Super Bowl ad, and playfully teased that a “cleaner clean is coming.”

Compilation of all the ads below: