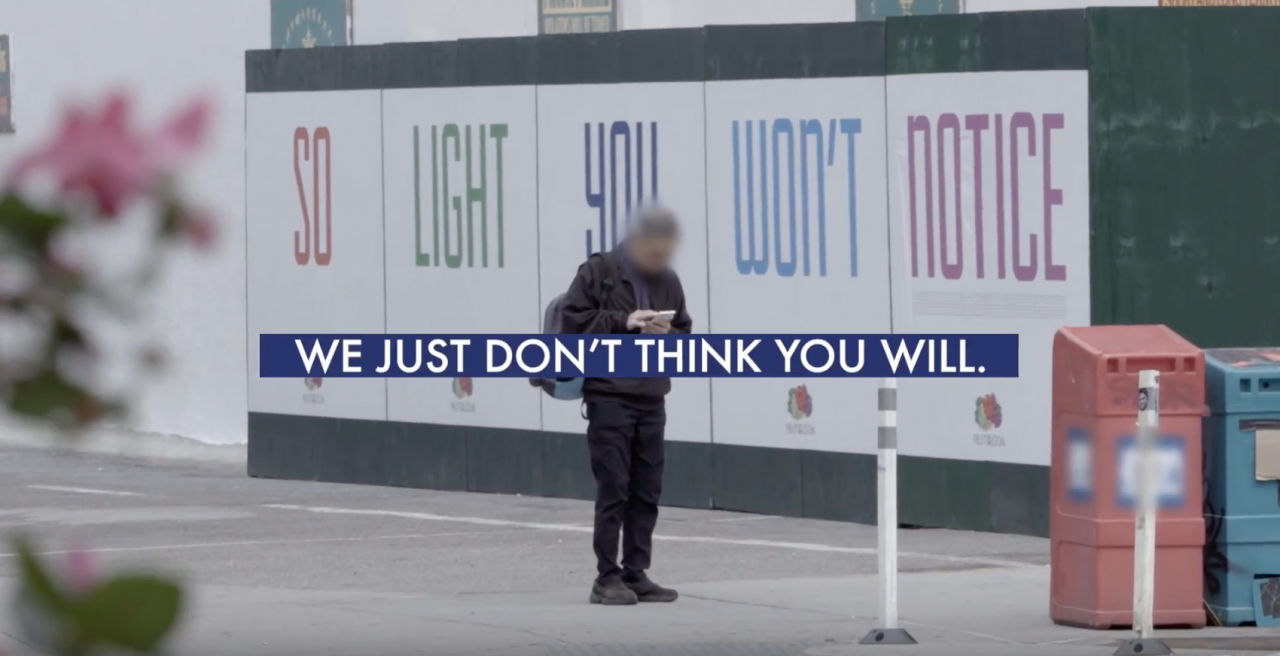 The Digital Advert titled The doll that chose to drive was done by Proximity Barcelona advertising agency for Audi in Spain. It was released in Dec 2016.

Fruit of the Loom claims you won’t even notice you’re wearing the company’s new EverLight underwear. To drive the point home, the undergarments maker is betting most people won’t notice stacks of money and free underwear hidden nearly in plain sight in various locations in New York City and online.

A new campaign by CP+B is built on the fact that people don’t acknowledge advertising, and plays off various marketing tropes that try to grab attention but now go mainly unnoticed, like QR codes and posters with fine print. The campaign was approached as a social experiment to see how many people would notice the hidden money.

CP+B started by putting the packaged underwear all over New York City along with stacks of cash, free for the taking in broad daylight, to see who, if anyone, would notice. They spelled it out on billboards and posters, through QR codes, miniature doors and inflatable wavy men – all with clear instructions on how to get the cash.

In a city of nearly nine million, only six people (so far) have noticed the underwear and cash. The team behind the creative filmed the locations from a van and waited…and waited, until a few people finally stopped and realized they had something good.

“We took advertising tropes, like the big sign on a billboard, the wailing arms tube man, the QR code…we wanted to make that part of our social experiment, but show that people can get rewarded for paying attention,” said KT Thayer, creative director at CP+B.

Josh Shelton, associate creative director, copywriter at CP+B added that having these “unnoticed” features was a natural fit to go with an underwear that was designed to go unnoticed by the wearer, but that the rewards were huge.

Thayer said that countless people walked by and didn’t take notice, but they might have been happy if everyone kept strolling past the money.

“We were partly terrified, and partly hopeful nobody would notice it, because that would validate our (theme). We thought ‘we could spend two weeks doing this, and we might not give away any money,” he said.

But a few lucky and observant folks did stop and read the fine print. The couple that punched through a hole in a poster to find the cache of money had their mouths agape as they loaded their money into a pack. The man that found the money buried under newspapers after reading the directions given by the miniature inflatable wavy arms balloon is seen with a big smile on his face, while a guy who got the directions from a view finder pointed at a brick wall to get his prize in a bike basket next to him looked like he thought he was doing something wrong.

“He had the look of do you take it or not? But he didn’t waste any time. He put his coffee cup down and grabbed the money,” said Thayer.

While much of the social experiment took place in lower Manhattan, the team mentioned that there are still other prizes waiting to be found, through traditional media, classified ads, banner ads, social media posts and other hard-to-notice means noted on the campaign’s dedicated website, which also features free downloads and giveaways, like an invisible 12-month calendar, lens-less bifocals (no longer available), and a six-pixel gif of a dancing banana one might need a jewelers loupe to see.

“There’s still lots of stuff out there that people haven’t found yet. Some of the odder things are still out there. Like the realtor ad that isn’t a realtor ad…there’s a Mad Magazine-style folding ad. Those things haven’t been discovered. They all have a hidden message,” said Thayer.

Shelton was particularly pleased with the classified ad. “We thought, ‘What would be the most ignorable thing we could do. We made an ad for a broken dot matrix printer. It also happens to come with 1988 Toyota Corolla (beige). And you also get a free pair of underwear,” he said.

CP+B sees the campaign running through the summer, though they state there is no “hard out” for when it can end, as the social elements and online messages are still being sought, so the social experiment continues, perhaps unnoticed.

Next
Every ad is a Tide ad
Cancel Reply