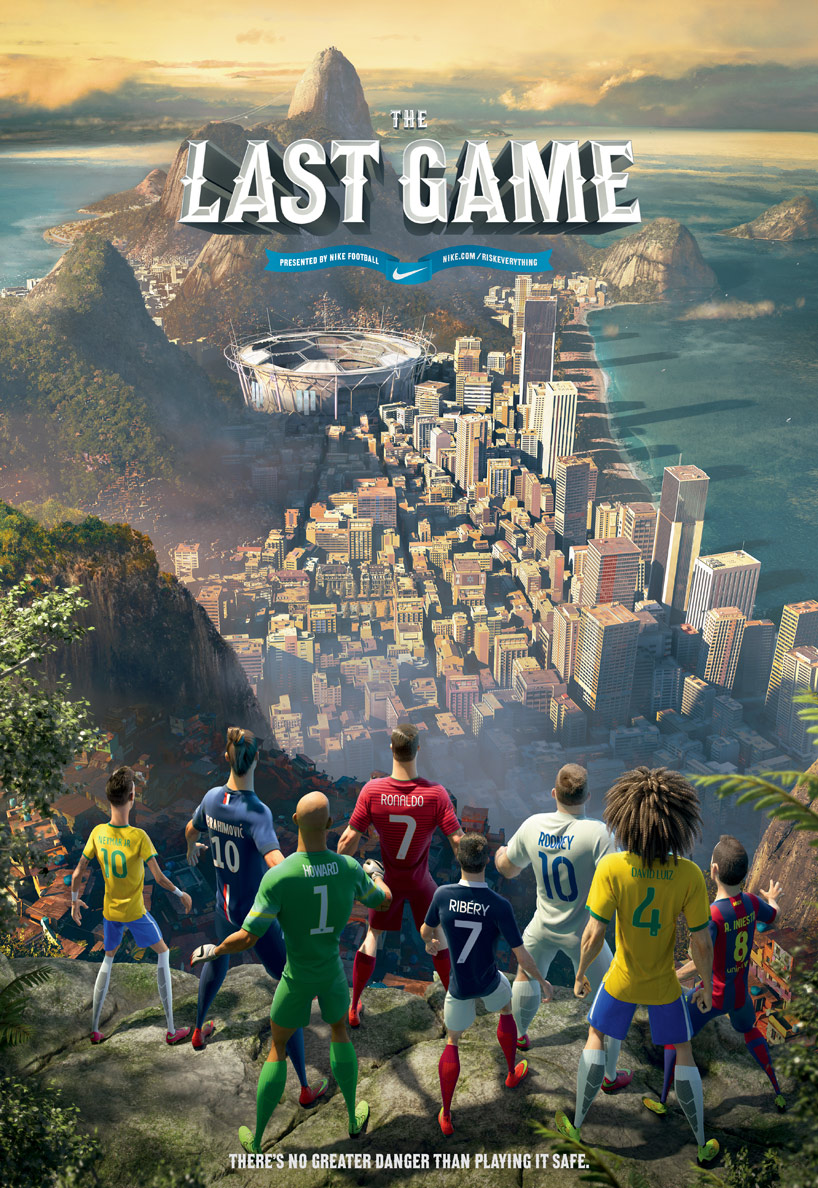 NIKE football has released part three of its #riskeverything campaign. the film – ‘the last game’ – is a five-minute animated feature by wieden + kennedy and passion, starring some of the world’s greatest footballers on a mission to save the game of football from the hands of a villainous mastermind, the scientist. ‘the idea behind ‘the last game’ is to show the world that NIKE, like any true lover of football, believes that the game should be brilliant, daring and bold. having the confidence to take risks is absolutely vital in football. imagine a world without the brilliance of cristiano ronaldo, the acrobatics of zlatan or the wizardry of neymar,’ said NIKE’s chief marketing officer davide grasso.‘the final 90 seconds of the last game prove, beyond any doubt, that brilliant football should be the only kind of football. brilliant, creative, risk-taking football. that is what #riskeverything is all about.’